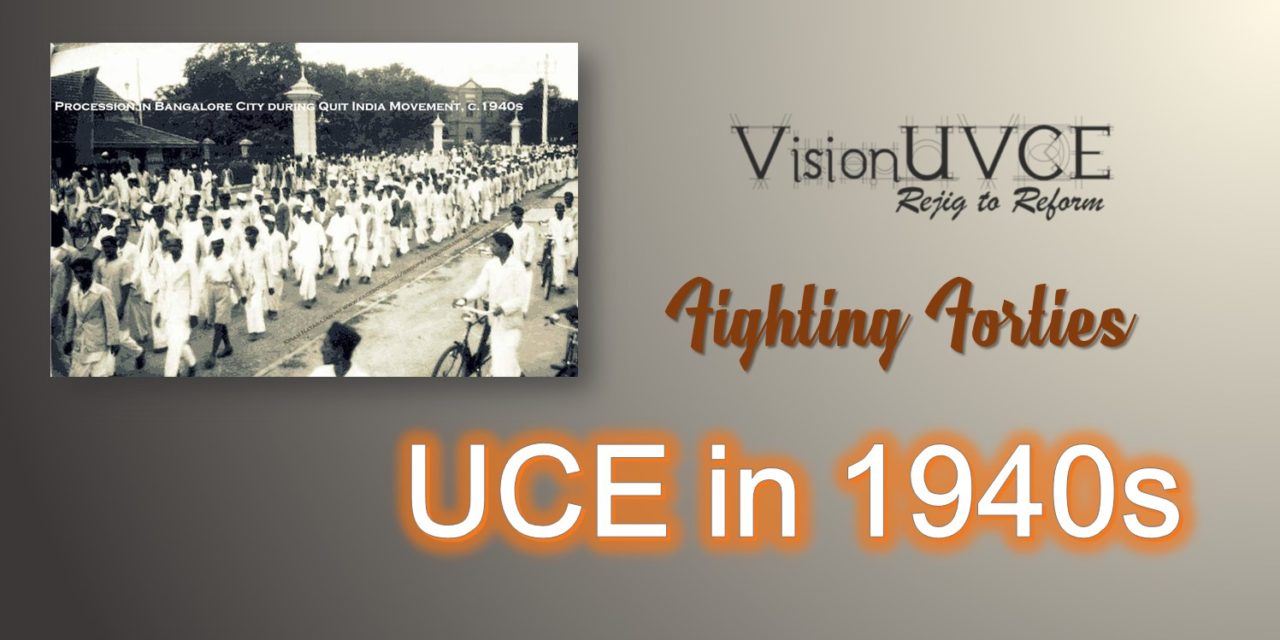 Collating memories of UVCE etched by many of our alumni, here it is presenting to you – “Decadewise Memories”. This article is a narrative by Mr. K S Rame Gowda about their time at UVCE in 1940’s.

The Public Works Department was the main employer of Civil and Mechanical Engineers and the Electrical Department, of Electrical engineers in those days. Most of the teachers except the Principal and one or two professors, were the employees of these departments of Government. It was the practice for young engineers to come to the College as lecturers and after some time get back to the respective parent Departments. This system had both advantages and disadvantages in the sense that students were benefited ted by the practical experience of such teachers. Now, the college has its own staff.

Coming to the lighter side of my stay in the College, I could say the boys (no girls in those days) had no chance to act with girls in the College dramas and other activities. But there were talented boys, who played the role of girls effectively. That generation did not expect that the Engineering Course, a tough line, would also attract girls. Social adjustments and values have changed considerably since then.

What the present students lack, we had during our time is the most active and dynamic organization in the “University Union” – one at Mysore and the other at Bangalore. I was a member of the Managing Committee of the Union throughout the four year stay in the engineering college. The “Quit India” movement in 1942 and the further struggle in the freedom fight involved the students in political activities so much so that the University found it advisable to close the common Union and form separate student union for each College. But, I can testify that leadership qualities in students were molded effectively by the University Unions.

Getting elected to the University Union was not easy. The votes were from all the University Colleges – the University Colleges of Engineering and the Central College. One had to do “Door to Door” canvassing. Party affiliations started with the Quit India Movement Student Federation and Student Congress were created and each organization was backed by a particular political party. Thus, the student body was split into two groups, this did not affect the bulk of student population and only the student leaders used to rally around each organization. Many students including me did not know at that time the ideological differences between the Federation and the Congress.

Coming to sports- the College was always active an forward looking in sports. I was a member of the volley-ball team of the College and participated in many tournaments, the most important of them being the MGS Tournament. One portion of Sampangi Tank bed( the northern half where the Physical Education College is now located) belonged to the College then. We had our drills and games there for some time. After the construction of the Kanteerava Stadium the college lost the fields, but it somehow continued its activities and kept up the reputation.

Ours was the unique batch (Civil 1946) in which there were three candidates who were bracketed for the First Rank! Three students getting the first rank, meant that the Mysore Government had to appoint all of them on Rs.125 per month, while ordinary B.E Graduates were to be appointed on Rs.60 per month as per the then standing orders of Government. Probably, it may be one of the reasons to abolish the distinction between the first rank students, double graduates and B.E graduates.

Prof. T J Manickam was a sportsman. He used to come on his tricycle, with a pipe on his mouth. Being an architect and having returned after foreign studies, he was quite smart and friendly. People used to feel that he was a little ‘partial’ to ‘sportsman’ and I endorse that as a compliment to him. As mentioned earlier I was a sportsman and the same time a student representative. I happened to take part in the “Quit India Movement” along with other students and I was imprisoned in the Mysore Jail. I received lathi charge in the jail and was hospitalized. the movement started on August 9,1942 and I was released probably in the middle of October. After sometime, I came back to Bangalore leisurely thinking myself like the “old woman with hen and a stove” that the colleges would not yet be open and that the students might still be on strike.

In the first week of November or so, I returned to Bangalore and was walking from my hostel towards the College. I was walking on the footpath adjacent to workshop side. I was feeling that the colleges might be empty and hence I should not turn that side; I was walking towards K R Circle. At that time Prof. T.J.Manickam, who was crossing the road from the workshop gate to the college gate, observed me and called me towards him. He enquired as to why I was not attending the college. I told him that I have struck from the classes and I would not attend the classes till India became independent. Mr. T.J.Manickam smiled and remarked that though he appreciated my spirit, he did not wish that a boy coming from a village, that too from an agricultural family, should loose one year in his career. He said that others (excepting me) were attending classes since October last and how I was the only person losing the lessons. He emphasized that in the interest on my career I should attend the classes from the next day. I told him that it would be very difficult to get the required attendance and to cope up with the class work after absenting continuously for about three months. Mr. T.J.Manickam assured me that he would look into these difficulties and that he would grant time till the end of the term to submit class records, assignments, drawings etc. He did keep his words and I was able to get the required attendance and the class marks to complete the examination successfully. In retrospect, I did not lose one year of my student career nor did India fail to get her independence, because the students continued the struggle even after going back to colleges in 1942.

In a nutshell I could say that the college molded my career and temperament. All the alumni of this great Institution are indebted to the fine team of Professors and staff and I bow my head with deep respect in retrospect to the “ALMA MATER”. 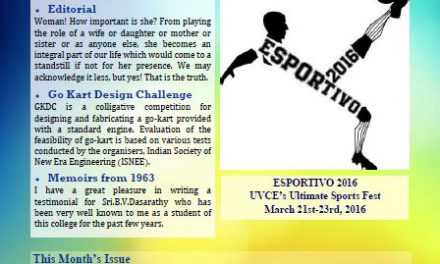 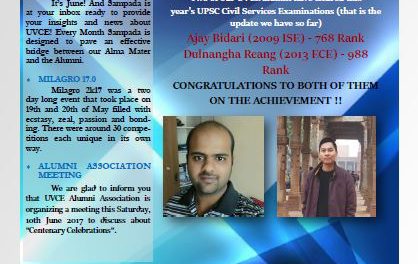 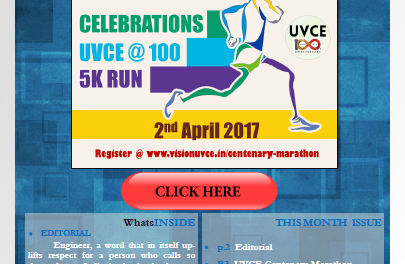 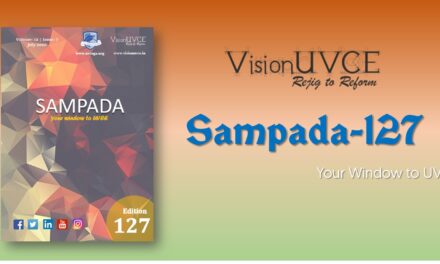