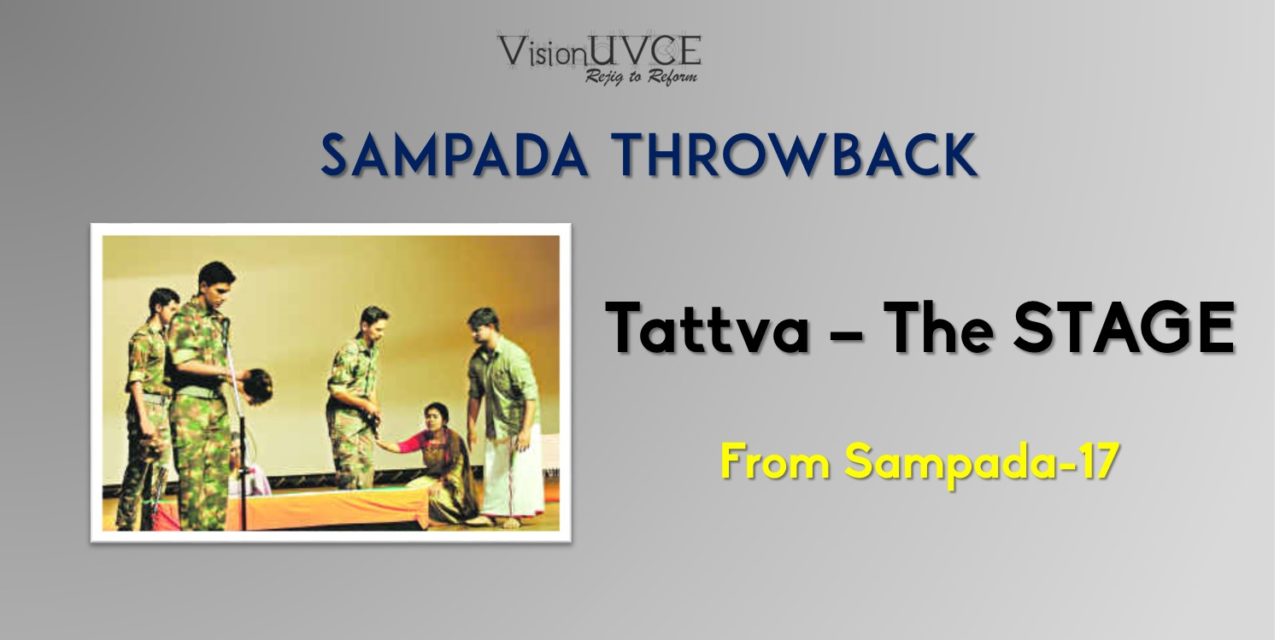 Borrowed from SAMPADA old editions – here is the article about the Tattva event that happened few years ago, an initiative from UVCEians

Many of us are fascinated by the words ―Drama, Theatre Performances. In UVCE there is a provision for that too -Tattva, to encourage you if you have the talent in you. We have quoted the article below from one of the best Newspaper of India -‖THE HINDU‖. We have let the article do the talking.

The best plays in the two-day intercollegiate festival, Tattva, sparkled with professionalism. In a typical show of Bangalore’s Swalpa adjust maadi attitude, day one of Tattva, UVCE’s two-day intercollegiate play fest, began a full two hours late. Never mind that the cause of the delay was the visit to the city of that much-beloved leader with “wings of fire”. Having grown used to the militant discipline of Rangashankara, the score was already one-nil against me enjoying the festival.

After a rather bizarre opening address by chief guest Prakash Belawadi about the proper way to enter the stage and other such matters of stage etiquette, I was ready to give the whole show a miss. After all, whatever happened to the glorious speeches of the good old days with their syndromic obsession with Shakespeare and their waxing eloquent on the need for art in a mechanised world?

Once B.H.S. First Grade College took the stage though, things finally began to look up. Performing Masti Venkatesha Iyengar’s Kaakana Kote, the team that called itself Rangasourabha really blew my socks off simply for the effort that had gone into the production. With a quaintly old world charm, the impressive sets and richly colourful costumes were a pleasant change from the minimalist perspective that most English plays adopt. Although the content of the play was very dated, I couldn’t help but get into this musical because of the technically sound, if not phenomenal, performances of the entire cast, particularly Pramod K., who picked up the best supporting actor award for his portrayal of the lead role.

The event clearly belonged to the participants of day two, however, with three plays standing far ahead of the competition — Hittina Hunja by A.P.S. College of Arts and Science, Cheque Please by National Law School and a superb Bhrame by K.S.I.T. While the first two merited the second place award and the judges’ appreciation award that they received, respectively, neither were a match for K.S.I.T.’s professionally executed thriller about a railway guard at a lonely signal post miles from civilisation. Particularly spectacular were the sound and lighting for the play and the illusion of a train passing through the stage through the use of flashes of light almost received a standing ovation from the crowd. Coupled with a strong, though sometimes exaggerated, performance by Kartik C. Shekar who received the best actor award, the play was easily the biggest hit of the festival.

Of course, there were the usual failings of amateur theatre. Actors missed their cues and forgot their lines. Spotlights were sometimes focused a foot off from where they were supposed to be. Soundtracks kicked off when they shouldn’t have and sometimes turned out to be much louder than the actors. And the actors and crew were often gung-ho about original scripts that professionals wouldn’t touch with a 10-foot pole. However, barring a few minor exceptions, almost every play showed a passion and technical grounding that is often missing in even many “professional”, ticketed performances.

And the prizes were certainly rewarding for the effort that went into the performances. Awards such as best actor and best actress (Nirmala from Hittina Hunja) had cash prizes of Rs. 2,000 each, while the best play award, picked up by Bhrame, earned the team a whopping Rs. 10,000.

The two days of Tattva at the Jnanjyothi Convention Centre in Central College (sponsored by MetroPlus) were certainly an experience. If this is amateur theatre, I’d easily prefer these amateurs to some of the professionals I’ve seen in the last few weeks!

PS: This article is taken from Sampada-17 – Download the entire edition or read here and read more such stories about UVCE 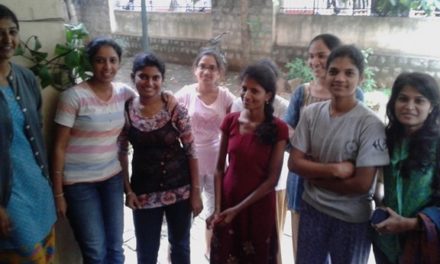 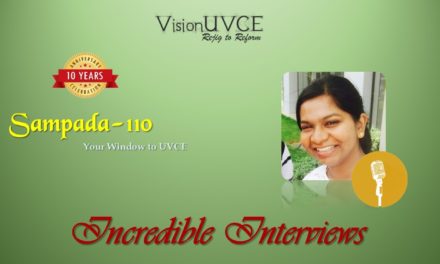 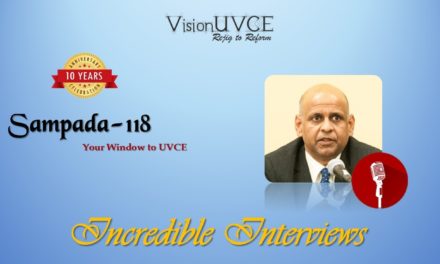