Old and Damp, But Standing Tall 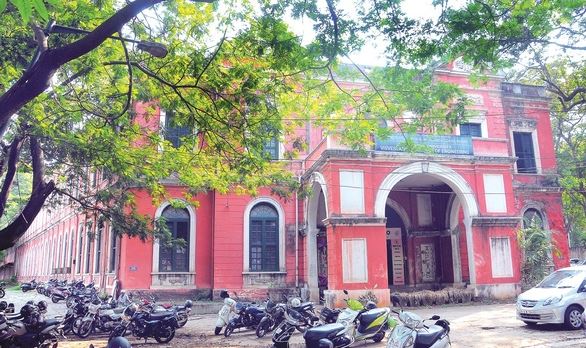 The brick-red building of University Visvesvaraya College of Engineering stands hidden behind a row of yellow flame trees near KR Circle.

As you walk into the campus, time seems to come to a standstill. Clusters of students are seen roaming about or chit-chatting under the two giant rain trees — 125 years old each, we’re told — in the central quadrangle.

On either side stretches the V-shaped main building, which now houses air-conditioned seminar halls, a placement cell, the principal’s office and other rooms.

The college is in its centenary year. Founded by engineer, statesman and Dewan of Mysore M Visvesvaraya in 1913 as School of Mechanical Engineering, it was later converted into a full-fledged Government Engineering College in 1917.

Back then, it was affiliated to the University of Mysore. It is the first engineering college to be set up in the state, and the fifth in the country.

“In the beginning, buildings for the institution were put up between Cenotaph Road (now Nrupathunga Road) and Post Office Road. Only a frontage and a short length of the wings on either side were constructed,” says Mansoor Ali, city-based architect and independent researcher.

The library building that now houses the virtual classroom — where lectures from various IITs are often streamed — was also part of the original construction.

K R Sheshachar, an alumnus of Madras University, was appointed the first principal of the college. His model of the courses at the institution was similar to that in his alma mater.

Initially, only civil and mechanical engineering courses were offered, like in Madras University.

The University of Mysore became the first in the country to offer a degree in Electrical Engineering.

Later, in 1967, the Department of Architecture was established. V Hanumantha Rao Naidu, the then Chief Architect of Karnataka, is said to have played a vital role in the development.

Renowned architect K N Iengar was the first faculty member to be appointed in the department. Pushpa Dravid, cricketer Rahul Dravid’s mother, used to teach arts — which was part of the curriculum back then.

UVCE’s Mechanical Lab houses some of the oldest models and equipment. “The engines and turbines here are over 80 years old and some of them are still in working condition,” says Prof B M Rajaprakash, chairman of the Department of Mechanical Engineering.

Models from the college can also be seen at Visvesvaraya Industrial and Technological Museum. The college boasts the state’s only Scanning Electron Microscope, which is said to have cost 1 crore.

While UVCE has a glorious past and enough to be proud of, it is hard to look away from the fact that the building is in a shambles. The computer lab lacks UPS facility, as does Minchu, UVCE’s Cyber Centre. Many classrooms only have a single table fan. The hostels are poorly-maintained, and crammed with too many students.

“Despite the college getting the Heritage tag in 2009, no funds have been allotted towards maintenance or renovation in over a decade,” says Prof K R Venugopal, principal.

“We advise students to bring their own laptops. Many of them use the labs facilities at the IISc,” says Thriveni J, associate professor, Computer Science Department.

‘I Was Introduced to Caste Politics Here’

In 1979, after a year of studying mechanical engineering at the Mysore University, I got into UVCE. My dream had always been to study there. But soon,I realised it was a cesspool of politics and casteism. I would cycle to college from Jayanagar and back every day. We once even tried to climb the clock tower to measure the second hand because someone had said it was six feet long.  Every time I pass by the college now, my heart sinks. Because despite everything, I — like most other alumni —  feel nostalgic about it. If only it were to be freed from the Bangalore University politics, we can work to make it the grand place it can be.  — Prakash Belawadi, theatre and film artiste

The Tram Dream That Sank

On the other side of Post Office Road, the Electrical Department of the early 1900s had put up a car barn and other buildings, as a plan was on to run a tram service in the city. The equipment had been ordered and shipped from the USA.  During the First World War, the German raider SMS Emden torpedoed the ship, sending the equipment and the plan to have a tramway in Bangalore to the bottom of the sea, says UVCE’s official website.

‘My Acting Career Started in UVCE’

In my first year, I started directing skits with seniors and built a friendship with them. When my first film released, my friends and I went to watch it in our khaki uniform. I still remember our performances at the college auditorium, our rehearsals at Cubbon Park and our discussions in the canteen.  — Ramesh Aravind, actor-director 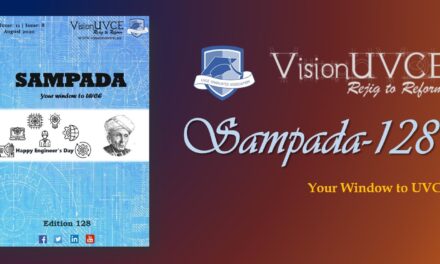 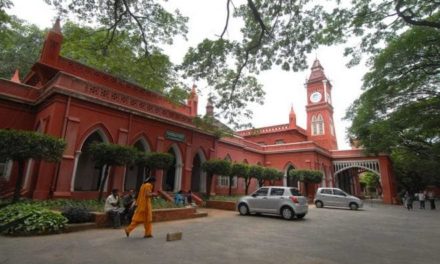 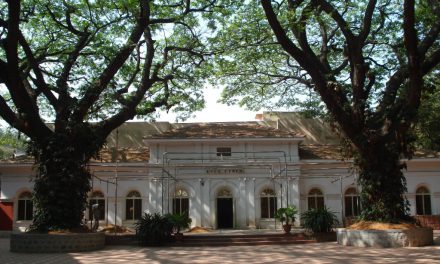